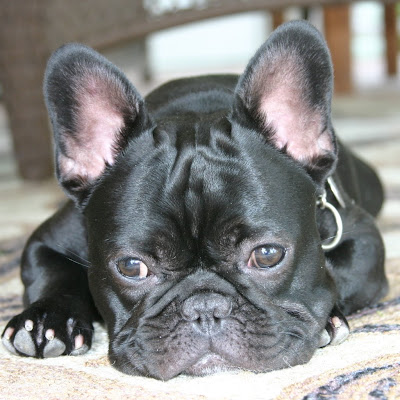 Happy Friday!
Don't have much time to post this weekend - lots of teeth to attend to!  That means more crate time than Brutus would like.  I think he has finally gotten over the kennel experience in general.  His barker is still on the blink, though; just a hilarious, hoarse sort of grunt instead of an piercing yodel.  Although I feel sort of bad about it, I kind of like this better - much easier on the ears!
So that I don't leave y'all hanging until next week, here's a few quick photos of The Brute doing his best to look pathetic when he's not the center of attention.  Have a great weekend everyone, and I promise to post the agility pictures early next week!! 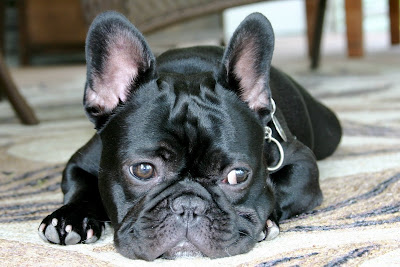 How can anyone resist the persuasive powers of such a face?? 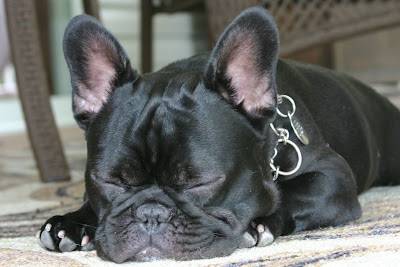 As I've said before: when the going gets tough, the tough take naps!
Posted by BRUTUS at 4:55 PM

That is most advanced sad face I must say. Your mom is made of stone if it doesn't melt her heart.

OMD Now that is a sad face if I have ever seen one!

I just know it!

That's a great "oh woe is me" look, Brutus!
Your pal,
Sedona

Hi, Brutus!
Those pictures of you are adorable!
Have a great weekend!
Kisses and hugs
Lorenza

LOL ... this reminds me of the old "Sherman's Lagoon" where Sherman the Shark is trying to decide if he's going to be a great thinker or a man of action and eventually just falls asleep.

Good job Brutus, let me know if you get extra treats for looking that sad. You are a cutie.

You are looking so pathetic, Brutus! Great job!

You know Brutus with a face like that you could almost be a basset!
We love miserable faces - so expressive!
Great photos.
love
Martha & Bailey xxxx
ps poor Martha had been left in boarding kennels for six months before she went into rescue. She is still hoarse!!!!

I love that cute. wrinkly face!

Brutus - you are one handsome beast! That profile! You would fit into the Darth Vader costume perfectly, but you are too handsome to cover up one inch of your face! Thank you for all your comments, you are wonderful. Heather and walter

poor brute - so lonely and no one loves him ;)