Paul & I have had such great time on our vacation that I haven't had a chance to post for the last few days!  It's been a great road trip out West - saw so many wondrous things that few ever get the opportunity to see. From the most barren stretches of the country to the most lush, Paul & I have had the honor to experience many things whose descriptions defy words!  It really gives you a new perspective when you stand & look at things that have been there thousands of years, independent (or for that matter, despite...) human civilization.
Not to keep you waiting any longer - onto our mystery location from Saturday morning's post!  Sedona had the best guess; she suggested that it was a California Redwood that was behind Flat Brutus.  Here is where we were: 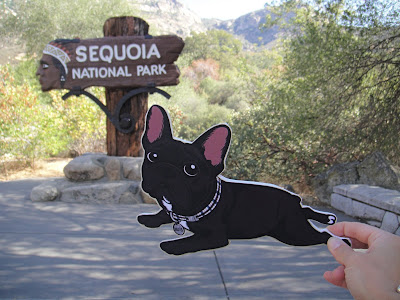 Very close, but no biscuit Sedona!  That was a giant sequoia in the background!!  Part of the same botanic family as redwoods of California, sequoias are shorter, but more massive than their famous cousins.  We saw several whose trunks were 40 ft in diameter (!!!) and they do not taper as they grow, like most trees do - end up looking like gigantic pieces of broccoli when at their mature "monach" age. 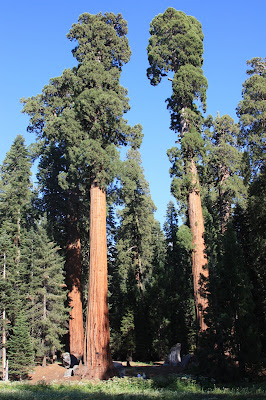 Although the redwoods grow taller, the giant sequoias have the distinction of being some of the oldest and the largest living things on the planet!! 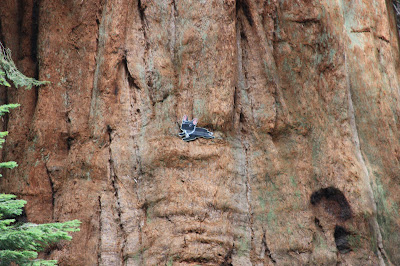 Can you even see Flat Brutus?  The size of the trunk was so big that I couldn't fit it all in the photo! 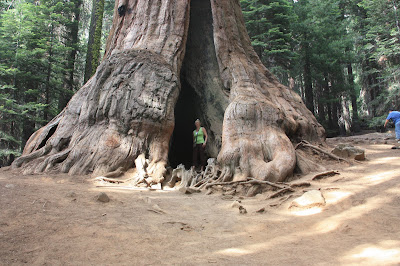 Even I get lost in the fire scar of one of the "monarchs".  These giants can survive forest fires, and live on despite this sort of damage.
We had a wonderful time, and will never forget the majestic grandeur of these giant trees.  The national park system is one of the biggest assets of our country, something that every American should experience however they can!   As far as our furry friends, probably best to leave them at home - the parks are best kept in their pristine state without any pee-mail or extra "fertilizer" around! 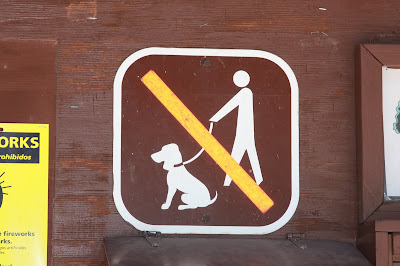 Dogs are not permitted on any trails in the park system, so I have been canine-deprived for the last few days.  Here's a few canine companions whose humans were bold enough bend the rules: 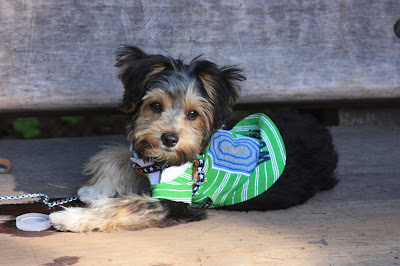 This is Coco, who was happy to take a moment to pose for me! 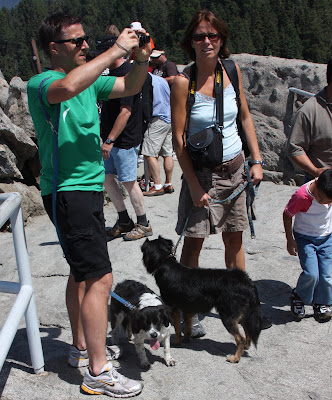 These two pooches hiked up 400 stairs to "Moro Rock", for an almost 7,000 ft-high panoramic view of the park! 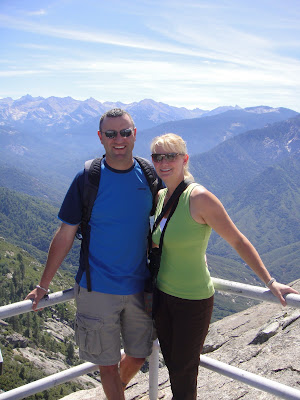 Paul & me atop Moro Rock
Maybe some of the rules are for their own protection, since Sequoia has a bit of a Black Bear problem!   I saw a bear within 10 minutes of arriving in the park, but poor Paul was driving & never did see one for himself! 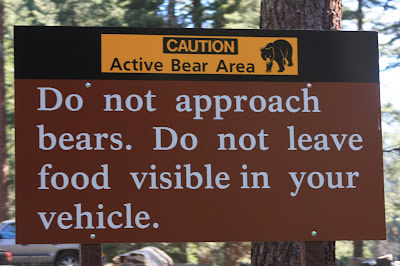 From Sequioa we hit the road again, and will showcase our next stop with Flat Brutus in tomorrows post!  BTW - I checked on the boys a few more times, and it sounds like they are doing just fine at the "spa"!
Posted by BRUTUS at 12:17 AM

It must be so awesome to see these trees in person! What an experience!

Sequoia! I haven't been there in over 25 years. Now you're making me want to go back ...

Cool place!!! I love visiting stuff like that... my favorite parks are in southern Utah, such amazing natural wonders!!

Hi Brutus,
I have an award for you on my blog !
~Lexi~

I totally agree about the park system!! I would love to go there. Love flat brutus sitting on the huge tree! Glad you guys are having fun!